Talking to Patients About Gun Safety 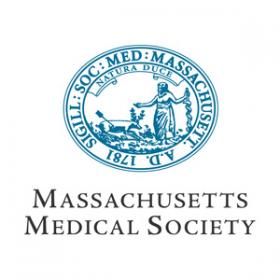 Talking to Patients About Gun Safety

Gun violence kills 33,000 annually across the country.  In Massachusetts, there were an average of 722 annual firearm related injuries, with an average of 187 unintended firearm injuries, and an average of 121 suicides by firearm from 2009-2013.  Clinicians need practical information on how to begin a conversation with their patients about firearms or respond to a patient's concern.  In addition, it's important to know what clinicians are permitted to ask and record in their patient's record and what advice they can give to patients that comports with federal and state law.  Using clinical scenarios, this CME activity addresses all of those topic areas and many more.

Introduction
James S. Gessner, MD , MMS President, is a physician with Anesthesia Associates of Massachusetts, one of New England's largest private practice anesthesiology groups serving major academic and medical centers throughout the Northeast. Board-certified in anesthesiology and pediatrics, he holds appointments in anesthesiology at the New England Baptist Hospital, Boston Medical Center, and Mount Auburn Hospital.
Dr. Gessner is president of the Massachusetts Medical Society of which he has been a member since 1982. He has been a member of the Board of Trustees since 2006 and the Society's House of Delegates since 2003. He has also been a long active member of anesthesia specialty societies, holding several leadership positions. He is a past president of the New England Society of Anesthesiologists and was 94-95 president of the Massachusetts Society of Anesthesiologists.

Maura Healey, J.D ., was sworn in as Attorney General of the Commonwealth of Massachusetts on January 21, 2015. Since taking office, Healey has tackled issues touching the lives of residents across Massachusetts including the heroin and prescription drug abuse epidemic, escalating health care costs, workers' rights and student loan costs. She has focused on strengthening consumer protections and on improving our criminal justice system.
Prior to her election, Healey helped lead the Attorney General's Office as head of the Civil Rights Division and as Chief of the Public Protection and Business & Labor Bureaus.  In those roles, she helped defend the Massachusetts buffer zone law, which protected women from being harassed at reproductive health care centers. She also shut down predatory lenders that were wreaking havoc on Massachusetts communities and oversaw a team that has worked with homeowners to help make their loans affordable.

Speakers
Jonathan Miller, J.D ., is Chief of the Public Protection and Advocacy Bureau in the Office of Massachusetts Attorney General Maura Healey. Since joining the office in 2008, Jonathan also has served as both an Assistant Attorney General in and Chief of the Civil Rights Division. His work has included enforcement of the state anti-discrimination laws and the protection of individual rights, including dozens of fair housing cases. He served as co-counsel with Attorney General Healey in Massachusetts's challenge to the Defense of Marriage Act and helped to secure passage of the Safe Access Law, which protects patients and staff entering and exiting reproductive healthcare facilities.

Charles A. Morris, MD, MPH is associate chief medical officer at Brigham and Women's Hospital, a position he assumed on October 1, 2016. Morris has served as the program director for the Division of General Medicine Primary Care Residency and as the associate medical director of Primary Care, both in the Department of Medicine. He has practiced primary care and hospital-based medicine at BWH and has been the medical director for Brigham Circle Medical Associates.
Morris has led several quality improvement and population health initiatives.  He directly oversaw the creation of and operations for an ambulatory population management program that advanced quality of care for several thousand BWH patients with chronic disease. He has held several important leadership positions and is an active teacher of clinical medicine in the ambulatory clinics and inpatient wards.

Thea L. James, MD is an Associate Professor of Emergency Medicine at Boston Medical Center/Boston University School of Medicine. She also serves as the Associate Chief Medical Officer, Vice President of Mission, and Director of the Violence Intervention Advocacy Program (VIAP) at Boston Medical Center. A graduate of Georgetown University School of Medicine, James completed an emergency medicine residency at Boston City Hospital, where she was a chief resident.
Dr. James has chaired and served on national committees within the Society for Academic Emergency Medicine (SAEM), served as a moderator, and has given public lectures and talks. She was appointed to the SAEM Women in Academic Emergency Medicine Task Force, is a member of the Boston University School of Medicine Admissions Committee, and in 2009, Dr. James was appointed to the Massachusetts Board of Registration in Medicine, where she presently serves as Chair of the Licensing Committee. Dr. James is the 2008 awardee of the David H. Mulligan Award for public service.

AMA Credit Designation Statement:
The Massachusetts Medical Society designates this enduring material for a maximum of 1.00 AMA PRA Category 1 Credit™  .  Physicians should claim only credit commensurate with the extent of their participation in the activity.

This activity meets the criteria for the Massachusetts Board of Registration in Medicine for risk management study.

MOC Approval Statement
Through the American Board of Medical Specialties ("ABMS") ongoing commitment to increase access to practice relevant Maintenance of Certification ("MOC") Activities through the ABMS Continuing Certification Directory , this activity has met the requirements as an MOC Part II CME Activity (apply toward general CME requirement) for the following ABMS Member Boards:

A score of 70% or higher is required to receive  AMA PRA Category 1 Credit™.

This course is offered through Massachusetts Medical Society.

Mocingbird works to provide curated, high quality content to our users. Have a suggestion? Want to partner with us? Get in touch!